Did anyone catch SunGift’s Ollie Gibbs on BBC Spotlight recently, telling the story of Mr & Mrs Lister and how little electricity they buy from the National Grid?

If not, you can check out the piece here:

We didn’t have quite enough time on Spotlight to set out the whole of the Listers’ story so we’ve set it out here for you to read at your leisure.

After a less than satisfactory experience with a different solar company, the Listers asked Sungift to step in and design a system to meet their requirements.

Mr & Mrs Lister both felt passionate about importing (not to mention paying for) less energy from the National Grid and wanted to produce their own electricity via a solar system on the roof of their home.

Ollie Gibbs, one of our specialist designers, visited the house. Having discussed the Listers’ needs, he designed a 6.6kWp PV system, making use of high-powered Ben Q 330W PV panels and a Solar Edge inverter (to convert the DC electricity produced by the panels into AC electricity so it could be used in their home.

Mr & Mrs Lister were keen to store the energy their solar system generated which they didn’t need at the time of generation. So we installed a Tesla Powerwall, a battery that could work as part of the solar system to store the extra electricity. This means that the Listers can store free renewable electricity generated in the day and use it later when the sun’s gone down.

The Solar Edge inverter and optimizers (which are clever bits of kit that increase the output of each panel) make the system really easy to monitor. The Listers can see how well the system is performing and how much energy they are using from the solar panels, from the Tesla Battery and from the National Grid.

To demonstrate, take a look at this graph, downloaded from the Solar Edge website, which monitors the Listers’ energy usage: 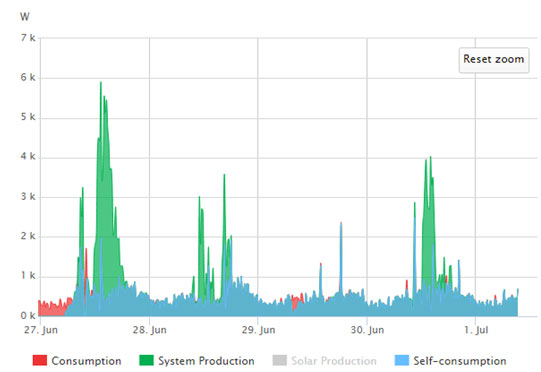 So what does it tell us?

If we show just the Listers’ energy consumption we have a simple graph showing how much energy they used over this particular week: 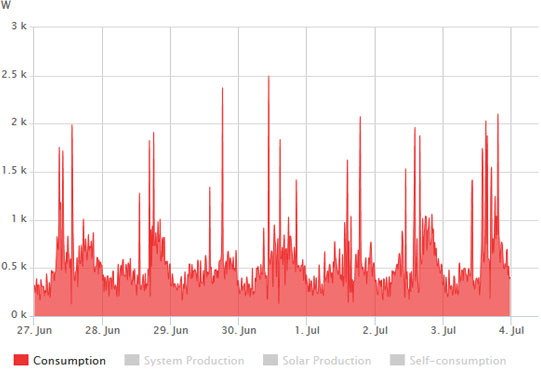 Then, we add a layer to show the energy actually produced by the solar PV system: 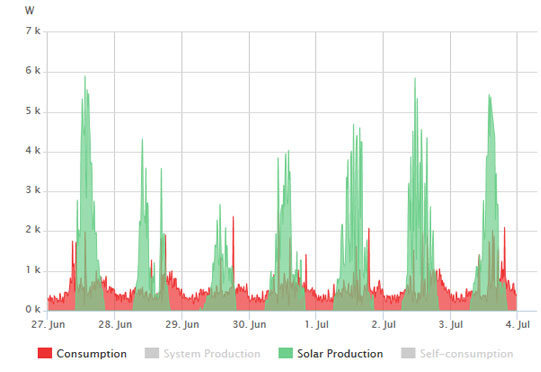 As you can see there is a lot more energy produced than is needed during the day, with the green peaks showing when the sun is strongest. This leaves spare energy, which without any battery storage would be exported to the National Grid, reducing the savings that the Listers could make on their electricity bills.

This is where the Tesla Battery comes in. It stores the extra energy that’s produced but not used at the time. Then, when that energy is needed the Listers can take it from the battery instead of buying it in from the National Grid. 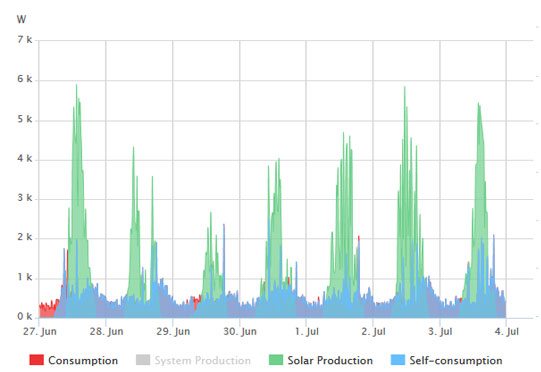 If you’re interested in generating and storing your own energy call us on 01392 213912 to speak to one of our experts.