Energy in the form of electricity is a commodity. It is generated, bought, distributed, sold and consumed.

The average price of one unit (one kWh or kilowatt-hour) of electricity is about 15p. That’s how much you pay each time your house or business uses one unit of electricity. The average UK household uses about 4000 kWh per year.

So, what happens when you have solar PV?

In the summer (and particularly sunny days in the winter) you probably won’t be able to consume all of the energy generated by your PV system. Supply will probably be greater than demand (unless you have a battery, EV or Eddi). An average UK household with a good-sized PV system can expect to consume about 50% of the annual electricity generated from the solar PV. 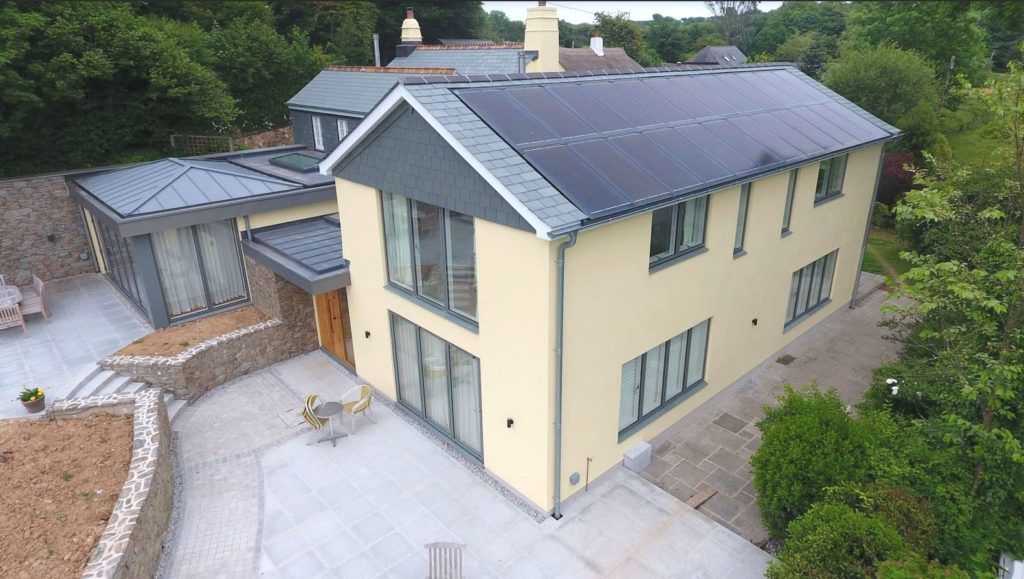 So, where does the rest go? It will be fed back into the electricity grid and consumed elsewhere.

You are essentially donating your surplus solar energy to an energy supplier, who sells it on for a profit. That isn’t at all fair, is it?

You probably think that you should get reimbursed for that energy you just donated to the grid. Well, you are correct. The Smart Export Guarantee (SEG) is a system that allows you to get paid for every unit that gets fed into the grid, from your solar PV system.

You might have heard of the term ‘FiT’ or ‘Feed-in-Tariff’ when reading about or discussing solar PV. The FiT, which began in April 2010, was a government programme that incentivised homeowners and businesses to install solar PV (and other energy generating technologies) at their properties.

The initial FiT rates were really good. In 2010 you could get as much as 55.36p per kWh. Those who installed systems under this agreement will have entered into 20 year contracts, so will still receive these payments for many more years.

However, as the solar PV industry rapidly grew, the government decided to throw less and less subsidies at it. The FiT rates were gradually decreased each year. Between January and March 2019, the best FiT rate was 4.12p per kWh – a 92.6% reduction since its establishment in 2010.

Then, in April 2019, it was removed altogether. No more FiT for new solar PV installations. No more financial benefit for surplus solar PV fed back to the grid.

The government argued that the solar industry was now strong enough to stand on its own two feet – without the help of government subsidies. Fair enough – the cost of installing solar PV has come crashing down. But, what about the people who own solar PV systems? They have no choice but to donate their surplus solar energy to big energy companies. Not OK.

The solution to this problem is the SEG. 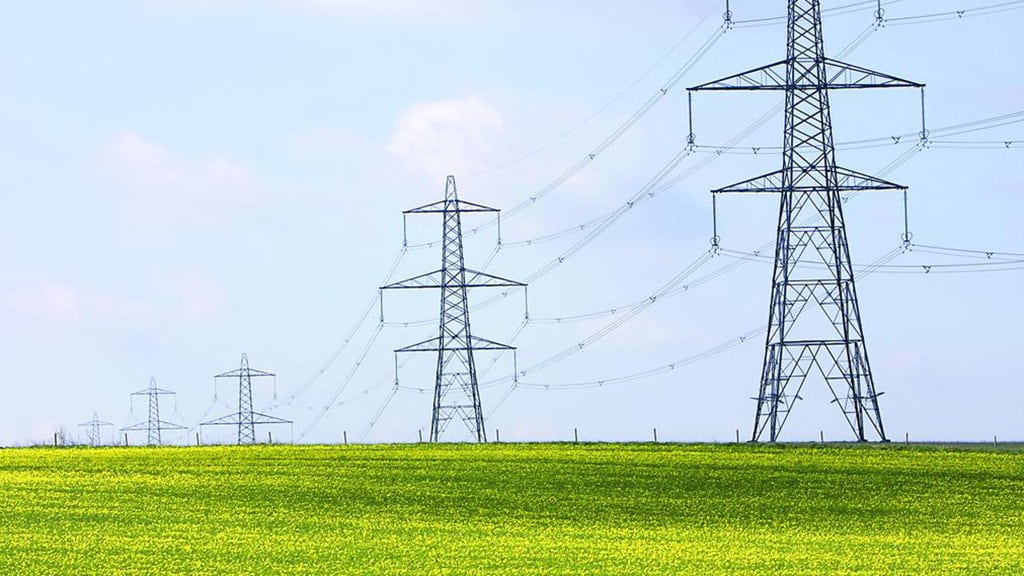 What is the SEG?

The idea is that rather than the government subsidising solar PV owners, the energy companies buy the surplus energy from the customer instead. Each energy company can set their own SEG rates, creating a competitive market. As a new solar PV owner, you can shop around and find the best SEG rate.

It became a legal obligation for energy suppliers, with a customer base of 150,000 or more, to offer a SEG to their customers, as of January 2020.

How is it measured?

The SEG is monitored using a smart meter. The data containing how much energy you’ve imported and exported to the grid is sent directly to your energy supplier over the internet. They will then multiply the total units exported by whichever SEG rate they are offering and pay you this amount.

For example, in the sunny month of June, your solar PV system generated a total of 500kWh. The smart meter monitored exactly how much of this was exported to the grid. Let’s say for this example that exactly 50%, or 250kWh, was exported back to the grid. Your energy provider offers a SEG rate of 5p/kWh. That makes it 5p x 250kWh = £12.50. The amount you get will obviously vary depending on your PV system, consumption patterns and weather conditions.

The FiT was measured slightly differently. Rather than monitoring your exact export with a smart meter, the government was happy to work under the assumption that you exported half of your solar generation. The calculation was simply, total generation divided by two.

There are only two things you need.

The SEG rules also state that your total installed capacity of solar PV is less than 5MW (megawatts). That’s about 16,000 solar panels. So unless you’re installing a 5MW solar farm, you should be fine. 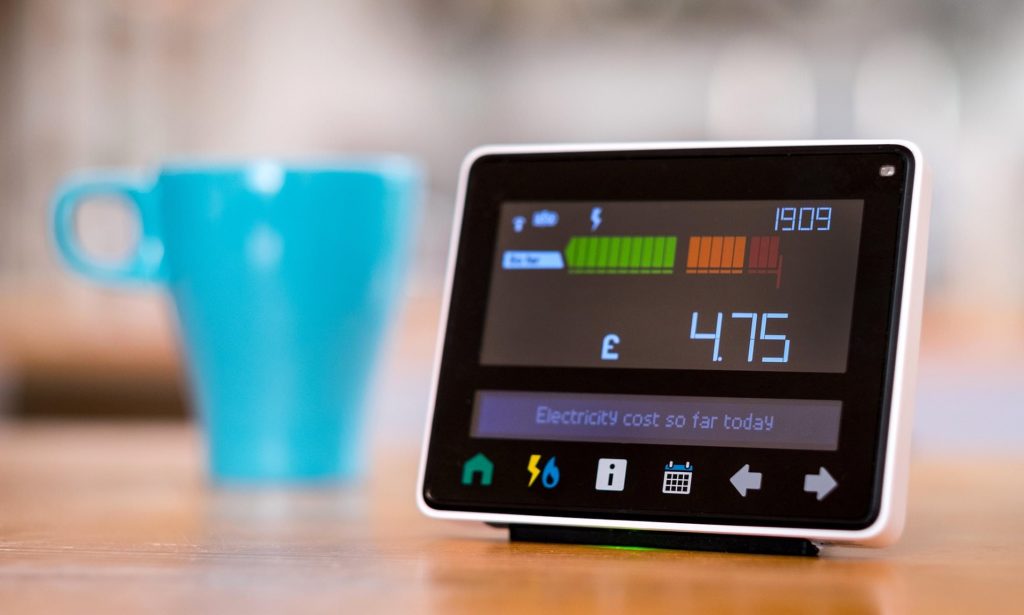 How much can I get paid?

Energy suppliers can choose to set their own SEG rates. Hopefully this will encourage customers to pick the best one and start a competitive market between the suppliers. Most suppliers are offering a fixed rate SEG, but a few are rolling out a flexible rate SEG – more about that later.

The table below shows the current SEG rates offered from energy suppliers at the time of writing (May 2020).

The terms and conditions for each tariff vary greatly, so it’s very important you research your SEG and pick the right one for you. For example, the highest payer is Social Energy at 5.6p/kWh. However, to benefit from this, you need to sign up to their battery scheme, something that we can’t recommend doing due to their track record of poor quality battery installations.

Other ways the tariffs might vary is in their length. Some will offer you a fixed rate for 12 months – great, whilst others will be subject to change at any point – potentially problematic. Some will pay you monthly for your exports, like Octopus, whilst others, like SSE, will only pay you once per year. Some of the tariffs will allow you to install a battery alongside your solar PV, but others such as EDF and Shell won’t allow it.

Data source – Solar Trade Association – https://www.solar-trade.org.uk/seg/ – the table on the Solar Trade website is kept up to date, so check back regularly for any changed.

*So Energy are not included in Solar Trade’s table, however I have included them as their website shows they offer a SEG. They are currently unable to fit smart meters themselves, but claim to offer this service very soon.

What is a ‘variable’ SEG tariff?

The table above shows the tariffs with a fixed price per kWh exported. This is good for security – you have a guaranteed payment rate for your exports.

However, we expect variable tariffs will become increasingly popular as the SEG develops. A variable SEG tariff is one that has no fixed payment rate for your exported energy, instead the rate will fluctuate based on the wholesale electricity prices of the grid.

The best example of this at the moment, is Octopus Energy’s ‘Outgoing Agile’ variable SEG tariff. Octopus look ahead to the next day’s electricity wholesale prices, then give you half-hourly export prices for that day. The amount you get paid for exporting electricity will depend on the supply and demand on the electricity grid. If there is an abundance of renewable energy being generated in the middle of a sunny and windy day, then your export price will be low. Alternatively, on a cloudy and still day, your export price will be high.

If you can export during ‘peak’ demand times on the grid (typically in the morning when people start waking up and in the evening when people come home from work) then this is when you will receive the highest rate. From the energy utility’s perspective, it makes much more sense to buy surplus green energy from you, than to fire up a gas or coal station (an expensive, polluting and inefficient process), to meet peak energy demand.

But, are you likely to actually have any surplus energy to export during the times of peak demand? With solar PV alone, probably not. In the morning and evening, you’ll probably need to use most of the generated energy yourself. This is where battery storage comes in.

Being able to store surplus solar PV from the middle of the day – when generation is peaking but demand is low – gives you the power to discharge that energy back to the grid in times of short supply. This results in two main benefits.

Conclusions on the SEG

So, is the SEG any good?

Overall, the SEG is a good thing and the best rates (5p/kWh and upwards) offer solar PV owners a fair rate for their exports. However, if you want your solar PV system to pay for itself as quickly as possible, the SEG should be your second priority.

It costs on average about 15p/kWh to import energy from the grid, but the best SEG tariff is 5.5p/kWh. Each time you use one kWh of electricity, generated from your solar PV, you are saving 15p. If that kWh had been exported to the grid you might have only been paid a maximum of 5.5p for it.

Your top priority should be to try and use as much of your generated solar PV energy as you can. There are lots of options for this.

Firstly, you can try to shift your usage patterns. For example, putting washing machines and dishwashers on timers so they come on in the middle of the day when solar PV energy generation is peaking. You could also look into smart plugs, a way of remotely controlling your household appliances.

Immersion diversion devices (we always recommend the Eddi, made in Britain by MyEnergi) divert any surplus energy from your solar PV into an immersion heater in your water tank. Throughout the summer months you can expect to see a significant amount of your water heating covered by this surplus.

Home batteries, like the Tesla Powerwall, are another great way of storing your surplus energy. Rather than your water tank, the energy will be stored in a lithium ion battery, which can then discharge the stored energy into your house at night time.

Solar EV chargers, like the Zappi, let you store your surplus solar PV energy in your electric car battery. This means you can drive for free on renewable energy. In the future we will see more of what’s known as ‘Vehicle-to-Grid’ or ‘V2G’, where your car battery will be able to discharge into your home and eventually back to the grid.

Overall, we definitely recommend signing up to the SEG. There will be times, even if you have a battery, where your PV system will still need to export back to the grid. When this happens, the SEG will kick in and ensure that you are rewarded fairly for this.